In small towns and big cities, in red states and blue, across this crazy and complicated nation of ours, change IS happening. It’s happening quietly, without fanfare or Twitter storms. It’s being engineered by women who are either doubling down or just plain fed up. It’s being led by women who are moving and making. They are changing the state of our nation, and I, for one, am thankful for these women and the women like them. They’re women who #wearthepants.

Rather than cave to the crowd of naysayers, we’ve decided to join in as joyful celebrants of women who #wearthepants. Women making good things happen in our communities, workplaces, classrooms, teams, families and lives. Over the coming months, we’ll share stories of women who break barriers and build community, who inspire us with their actions sweeping and small. We’re starting off with three stories that are particularly personal for me because these are women change-makers in my life. 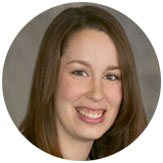 I met Clare Bresnahan English at the end of our last election cycle, when I was distraught, not so much by the outcome, but by the paucity of female voices in the public arena. Yes, there was Hillary. But a single woman can be, and usually is, a lightening rod. Seeing more women – on both sides of the aisle – that’s the stuff that real change is made of. Clare has set herself the task of making that change. She’s set herself the moon shot goal of 250,000 women running for elected office by 2030 and she’s putting her money and muscle where her mouth is. You #wearthepants Clare.

My pal, Ashley Korenblat and I share a love of mountain-biking and business. She’s a Dartmouth-trained MBA who answered the twin calls of the west and the wild. Now she finds herself building a business, pursuing a passion, and protecting our nation’s public lands at the same time. You #wearthepants Ashley.

You’ll have to go way back to the early 90’s to find the first threads of my friendship with Jill Vialet. Back then, we shared a house in which we were both boot-strapping a kernel of an idea. Mine became Title Nine, and Jill’s was the first in a series of nonprofits that have now spread across the country. Jill is a serial social entrepreneur and a mom of five, so she understands more than most about the transformative power of play. And she has DONE more than most when it comes to ensuring that all of our kids get access to play during the school day. You #wearthepants Jill.

The main thing about these women? Well, each one of them is actually pretty ordinary. But each one of them found a problem they wanted to solve…really badly, and they set their mind and muscle to it. They inspired a few folks to come along for the ride and the work, and then a few more and a few more. That is the stuff that change is made of. These are the women who #wearthepants. Chances are they look a lot like you.

Learn more about these pants-wearin’ women. We’ll be adding a new badass woman each week, so stayed tuned for more. And hey, let’s share the love! Know any women who are making things happen — both big and small — and deserve a little recognition? Give them a shout out on your favorite social media channels using the hashtag #wearthepants.