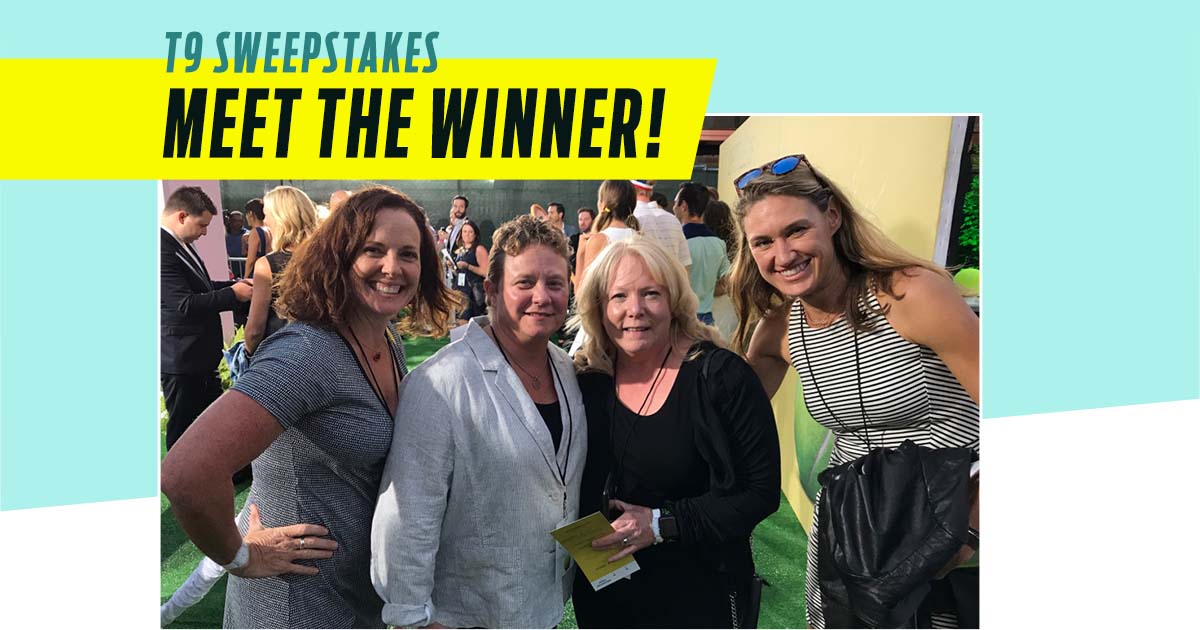 “I grew up hearing, ‘girls don’t do that,’ and now that I am older I hear, ‘women your age usually don’t do that.’ To them I say, watch me!” 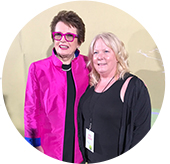 When Nashville physical therapist and avid tennis player Julie read about the Battle of the Sexes Sweepstakes on our Facebook page, she knew she had to enter. “I am fortunate to spend time with a generation who has no memory of the changes in women’s sports over the last 40 years. I love telling the story of this infamous tennis match, and more importantly the major role Billie Jean had in changing girls sports,” she shared in her sweepstakes entry. Needless to say, we were thrilled when Julie’s name was randomly drawn as our winner!

And how did Julie feel when she found out she won? “I was shocked and happy. I knew this was going to be a once in a lifetime event; an opportunity to thank Billie Jean King for all the ways she influenced my life.” And just a few weeks ago, on the “green” carpet in Hollywood, Julie got to do just that!

Title Nine, in partnership with Fox Searchlight, and Orbitz, flew Julie and her wife Rebecca to Los Angeles to attend the premiere and after party for Battle of the Sexes: the new film chronicling the epic 1973 tennis match between Billie Jean King and Bobby Riggs that helped break down barriers for women on and off the court. Julie also won $200 in Title Nine gear and a meet-and-greet with tennis legend and champion of equal rights, Billie Jean King.

Julie describes the meeting with King as magical, “In the time she spent with us, Billie Jean was sincerely engaged in conversation. She asked about our professions (RN and physical therapist), and thanked us for what we do for others. She encouraged us to keep playing tennis, stating it was the greatest sport ever. We were at the end of the ‘green’ carpet, hundreds of people around, and there she was – hanging out with us! Although she is a highly successful athlete, we walked away from the experience feeling as though we could call her a friend.” 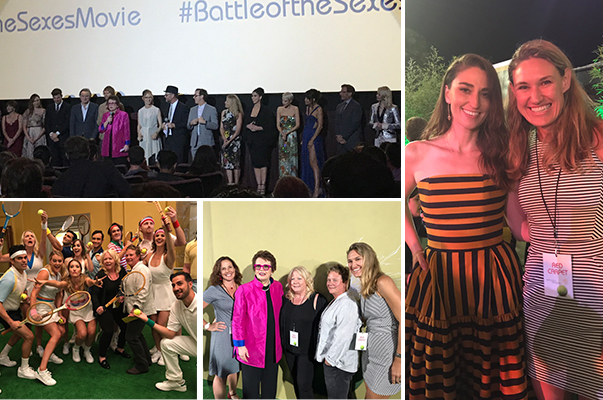 “We have a long way to go, but Title IX is the greatest thing that ever happened to us.”

The Battle of the Sexes tennis match was a milestone in women’s sports history that we celebrate at Title Nine (yes, we even have quotes from Billie Jean King painted on our office walls). So we were just as thrilled as our sweepstakes winner to attend the film premiere and have the chance to get up close and personal with Billie Jean King ourselves. 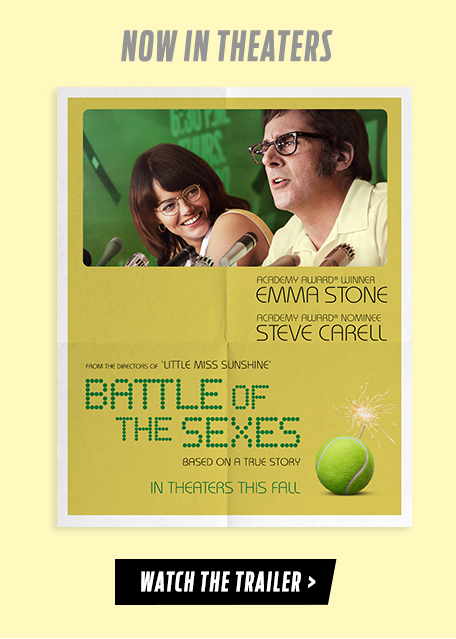